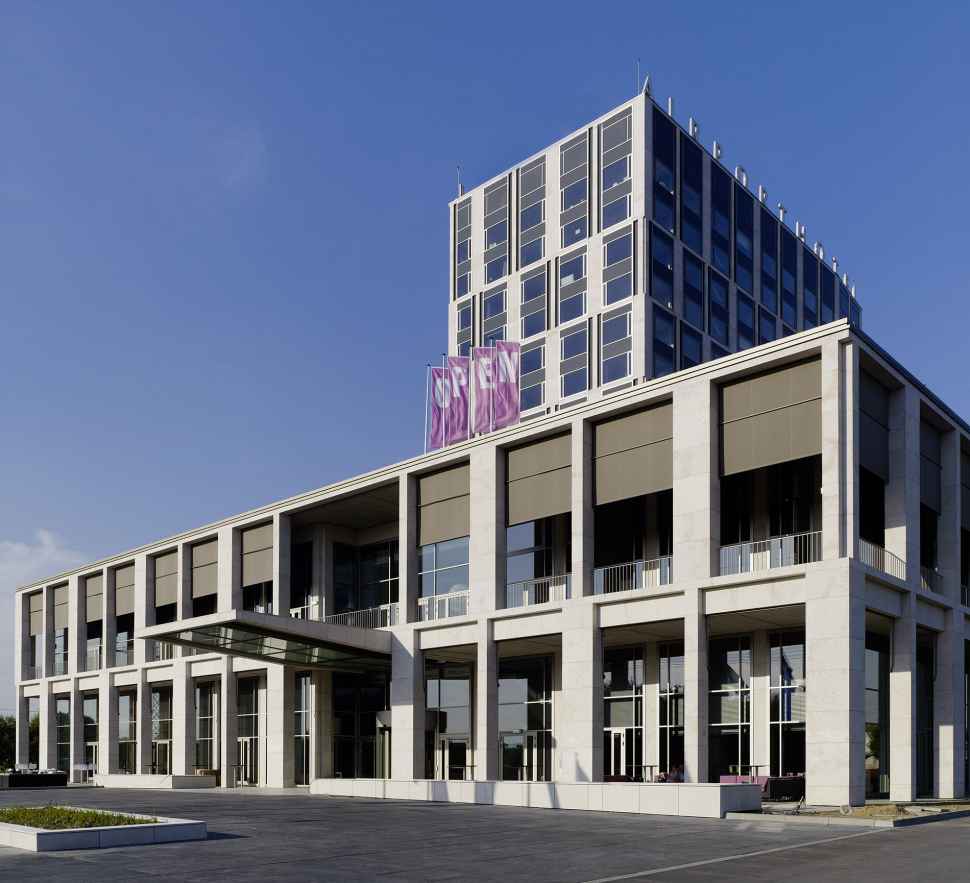 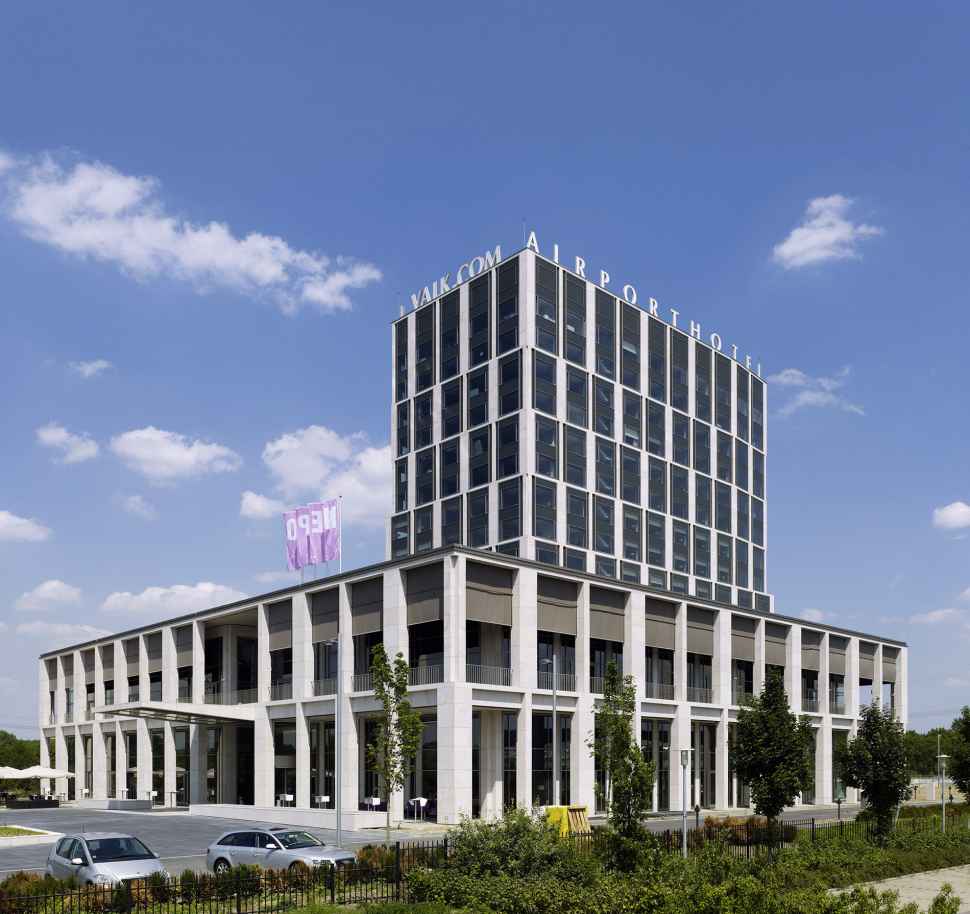 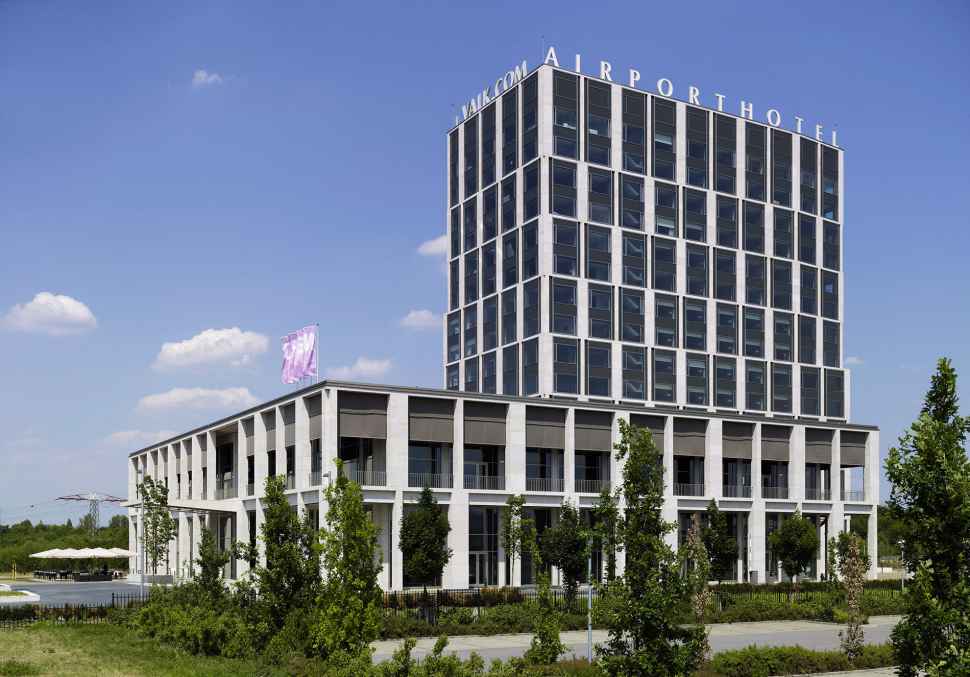 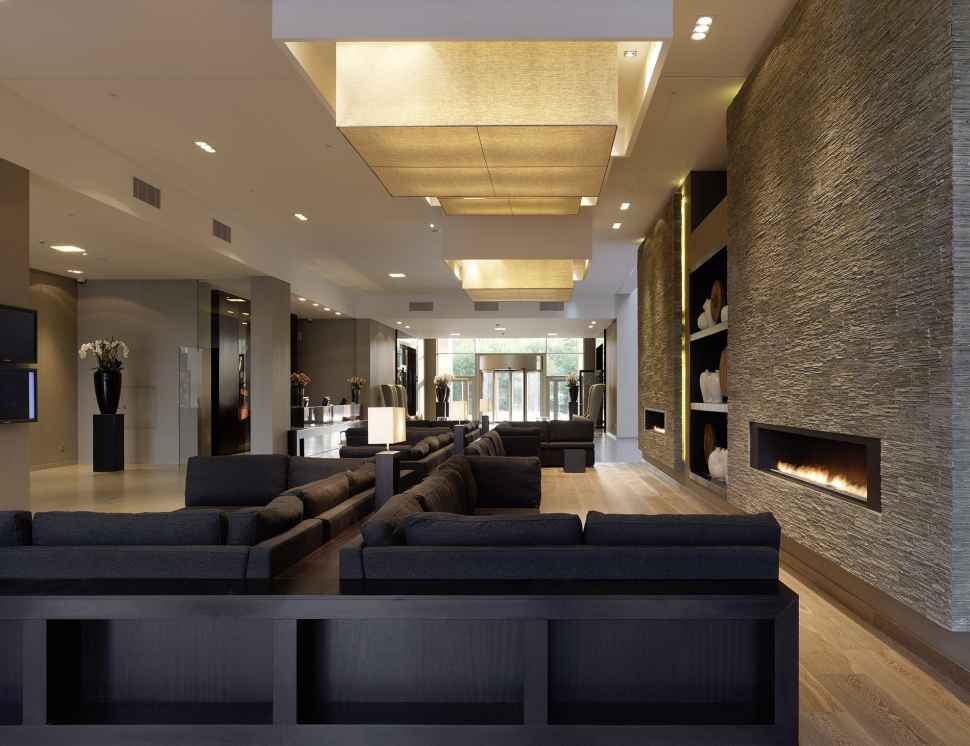 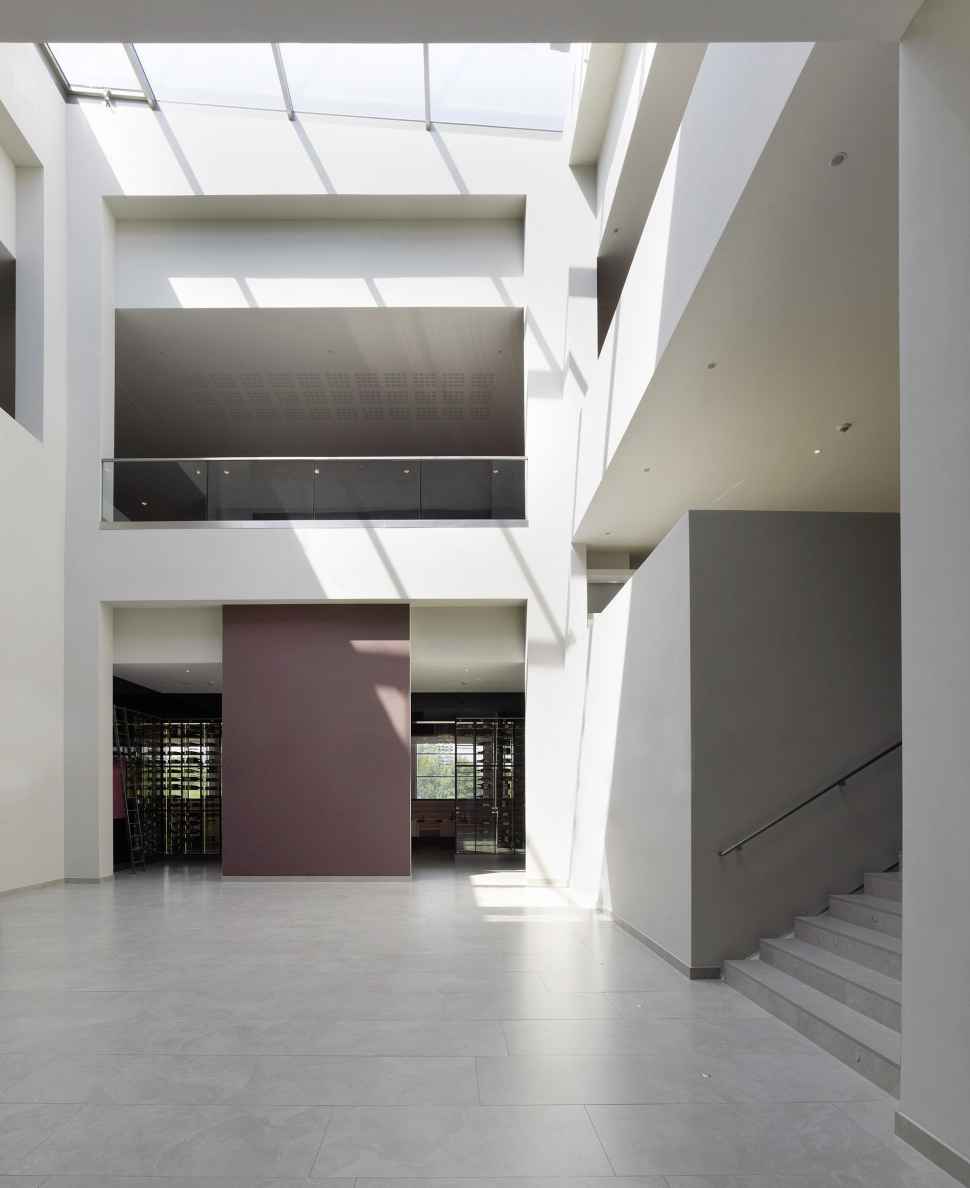 AIRPORTHOTEL VAN DER VALK DÜSSELDORF 2010 — The airport hotel occupies an important urban planning position, right on the most important road from the airport into the city. The two-storey base structure houses a restaurant and conference rooms. The hotel tower, with 210 rooms, picks up the two-storey pattern of the base and incorporates it as the structuring of its façade. The scale is somewhat vexing, giving the stand-alone building a visual quality that is particularly effective from the perspective of the approaching cars.