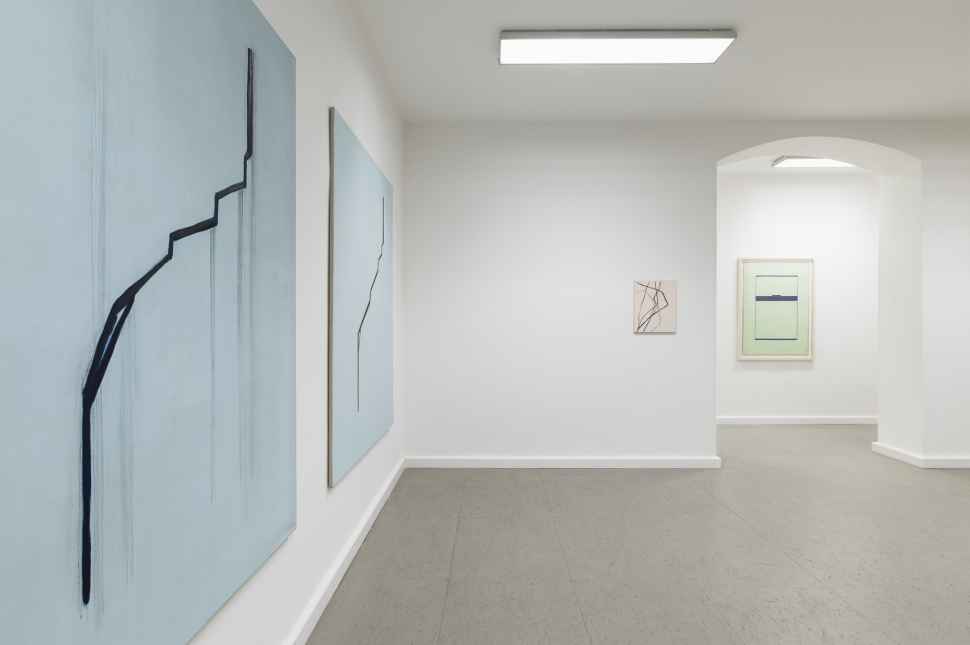 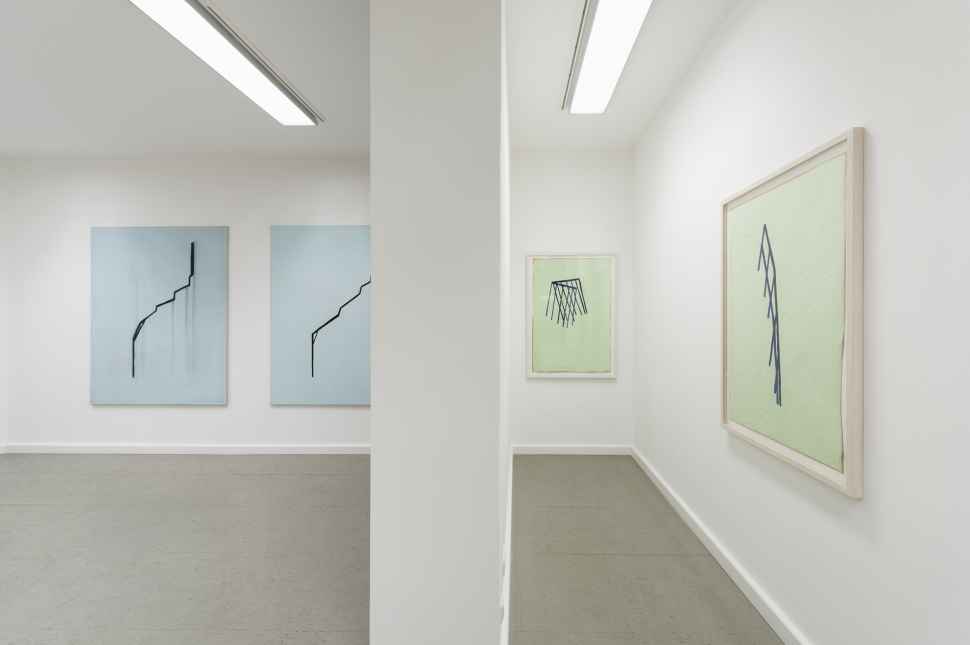 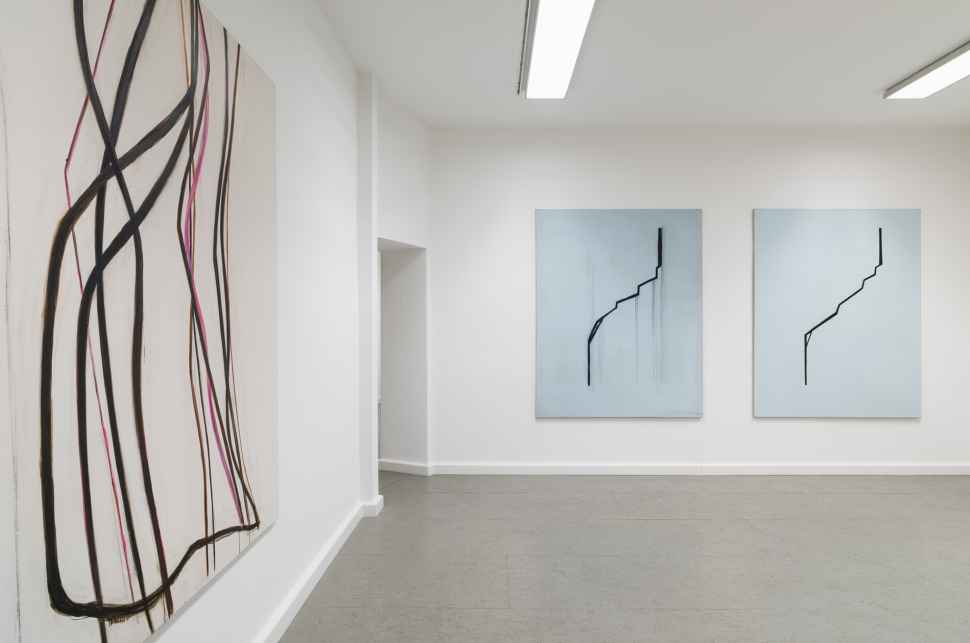 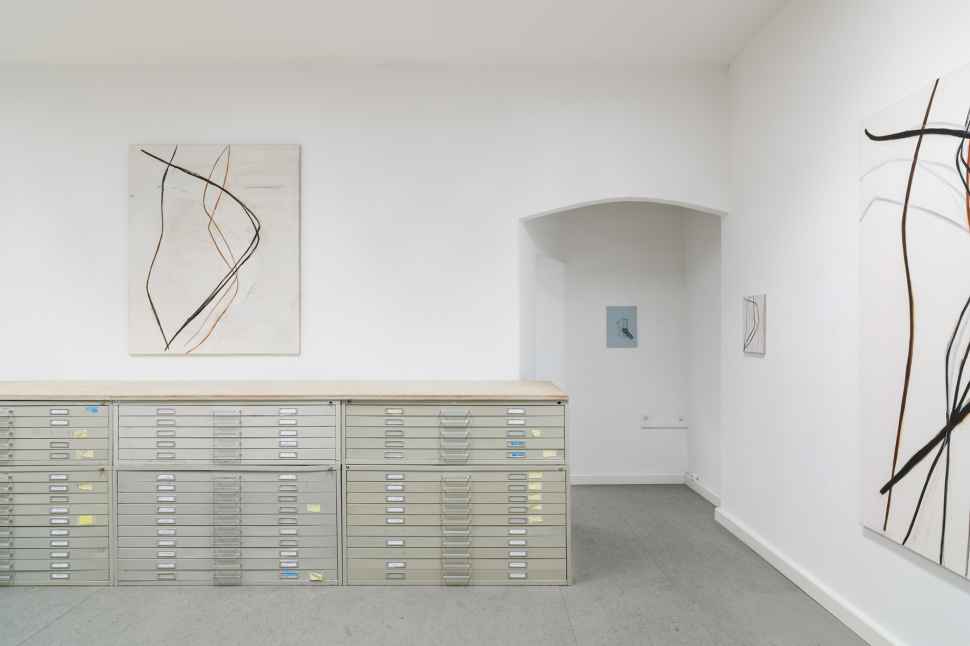 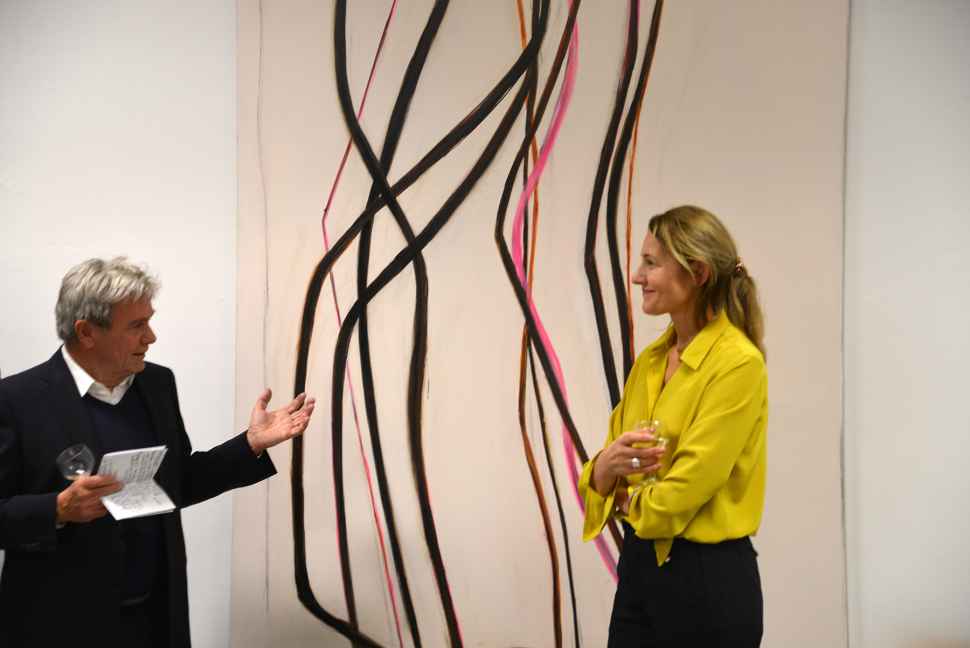 The starting point for Suse Krawagna’s painting lies in the perception and observation of things that are regularly found in everyday life, for instance architectural details.
What attracts her attention are forms, constellations of forms and details of objects. Things that emerge in a certain order or repetition, which, despite their similarity, show irregularities and variations. The serial process is an important aspect in the work of this artist who was born in Klagenfurt in 1964. Within a series, often painted over a longer period of time, very similar pictures are created. In exploring the possibilities of formal variations what interests the painter is the extent to which minimal differences, e.g. individual lines, can change a picture and lead to a new pictorial composition. The relationship between the pictures is important. Suse Krawagna works from painting to painting, each is a reaction to the one before or a reference to the next one.
The concern is variation and difference, in relation to things that appear “the same” but also to the discovery of the image. The tension between precision and imprecision, between drawing and painting is tangible and visible in almost all the paintings.