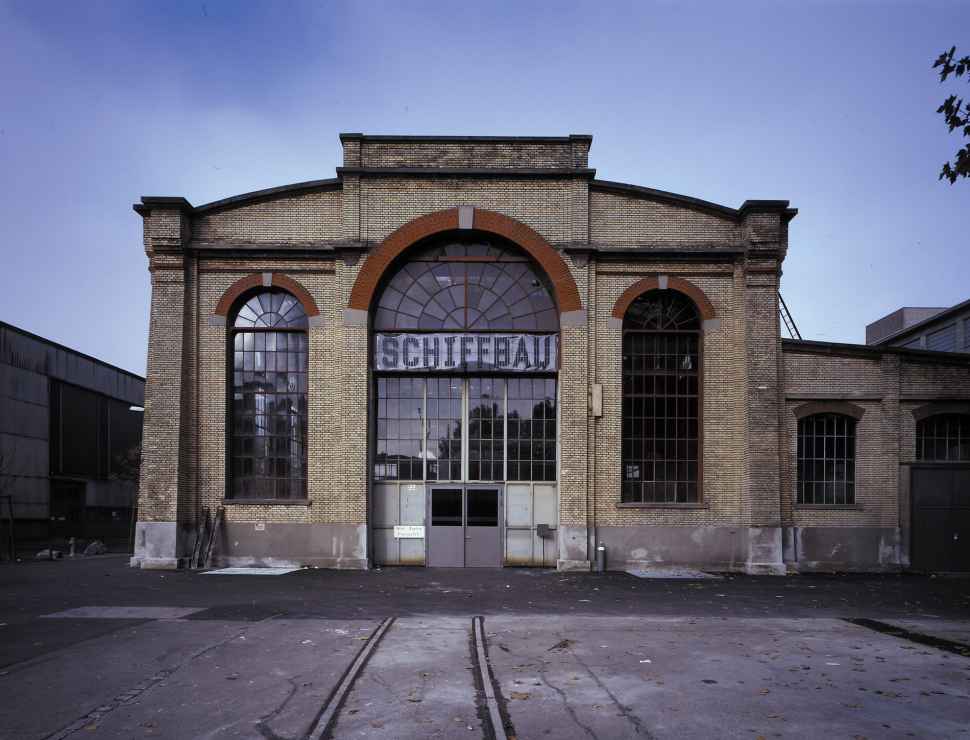 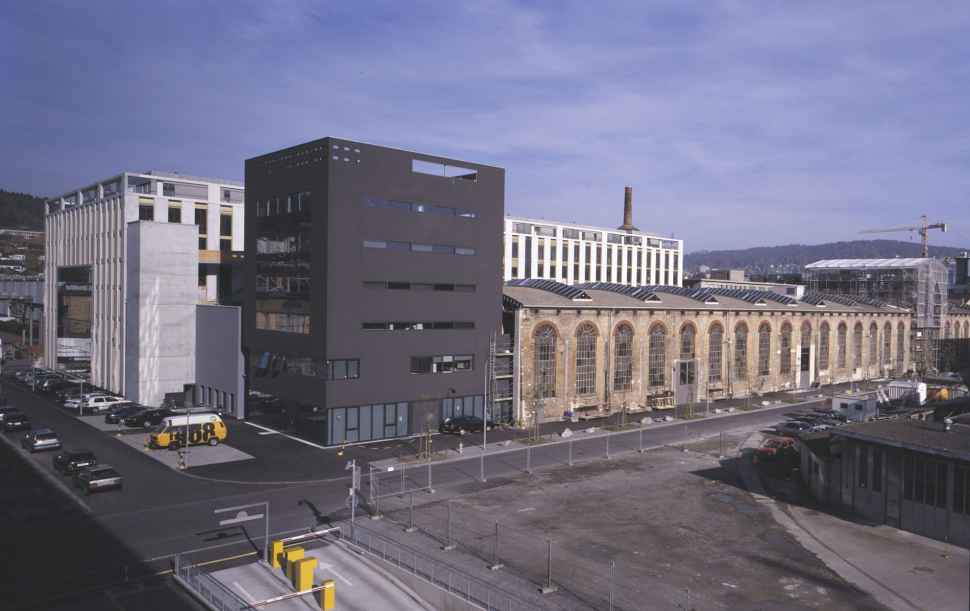 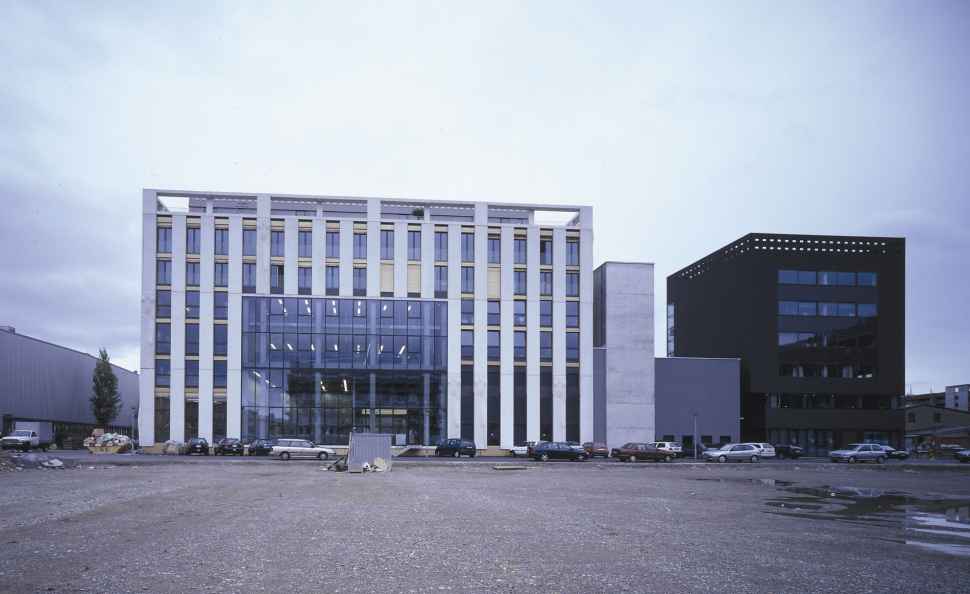 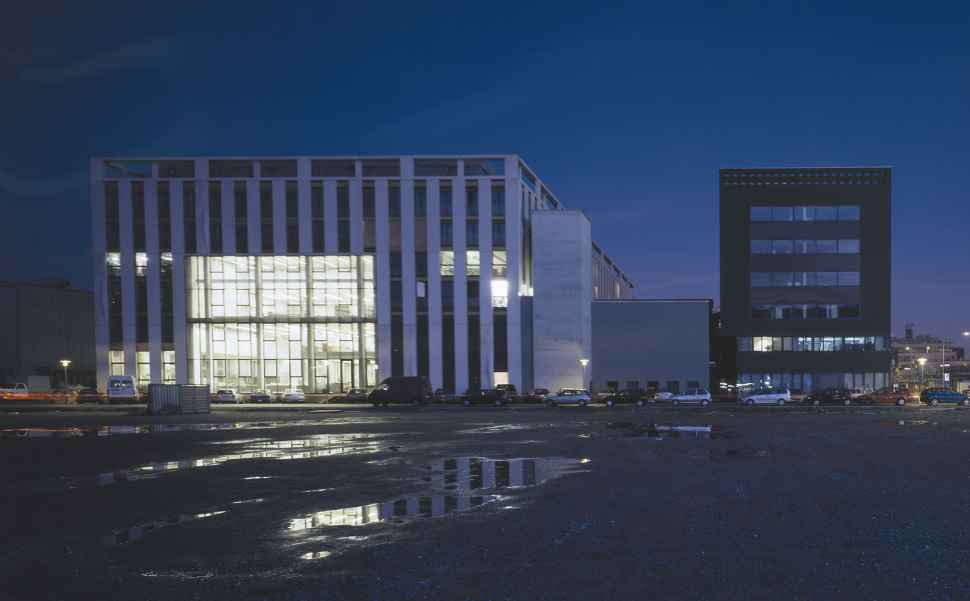 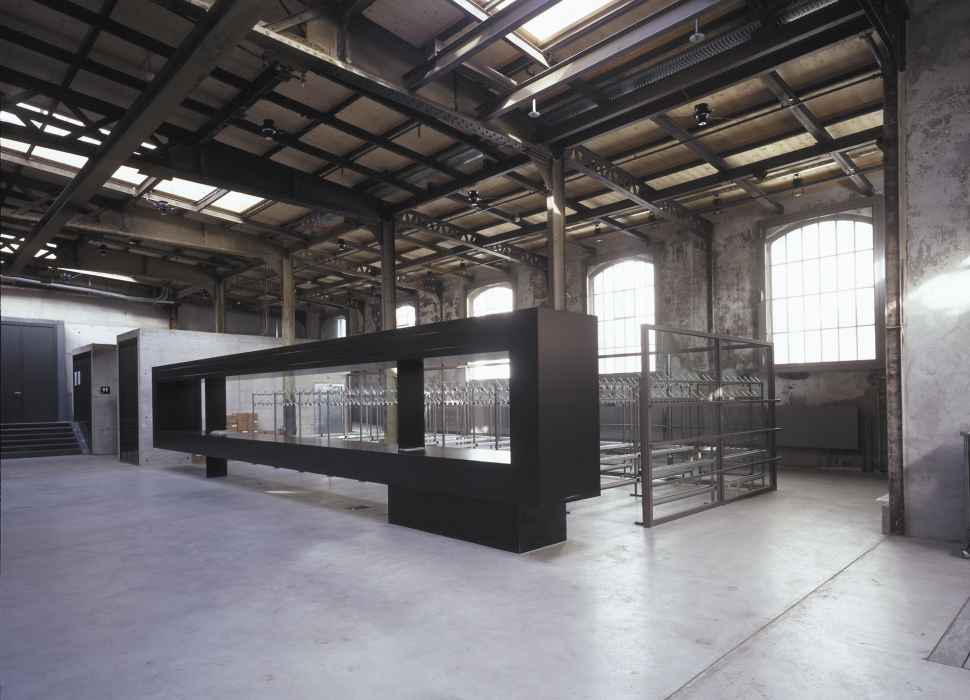 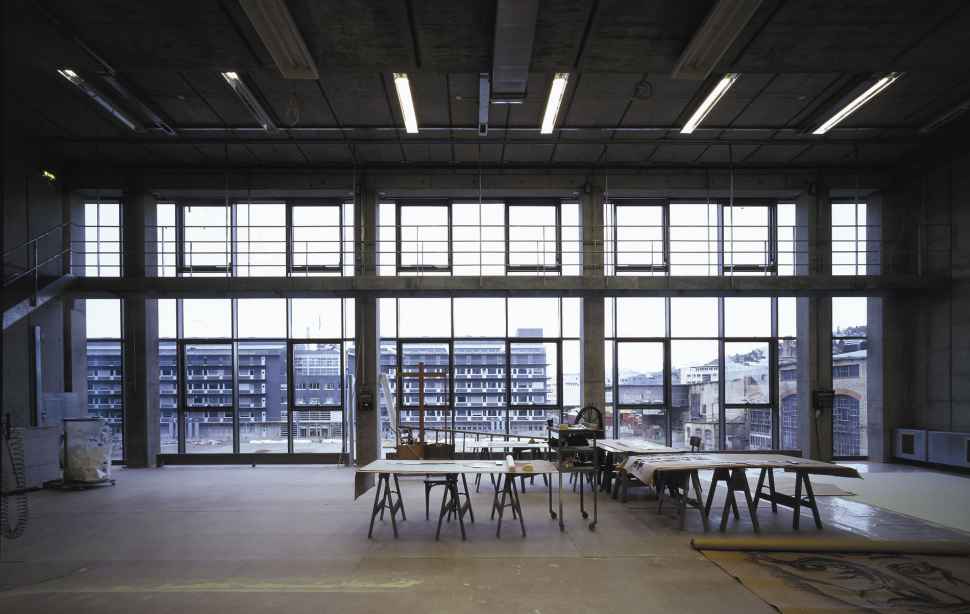 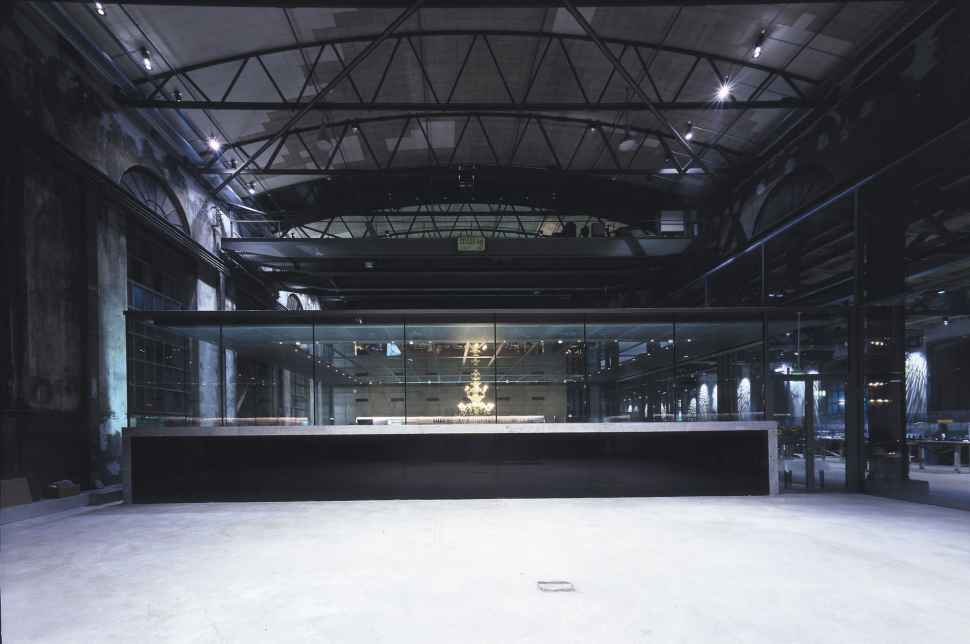 SCHIFFBAU THEATRE AND CULTURAL CENTRE ZURICH 2000 — Workshops, studios, rehearsal stages, and other theatre facilities of the Zurich Schauspielhaus that were previously scattered across several locations have been brought together on the former Sulzer-Escher-Wyss industrial grounds to form a cultural centre. The listed shipbuilding hall has been converted into a foyer and theatre. A new courtyard building connects directly with the hall, housing all the theatre’s various workshops and offices and topped by a ring of two-storey condominiums grouped around an inner courtyard that is used as an open-air theatre.