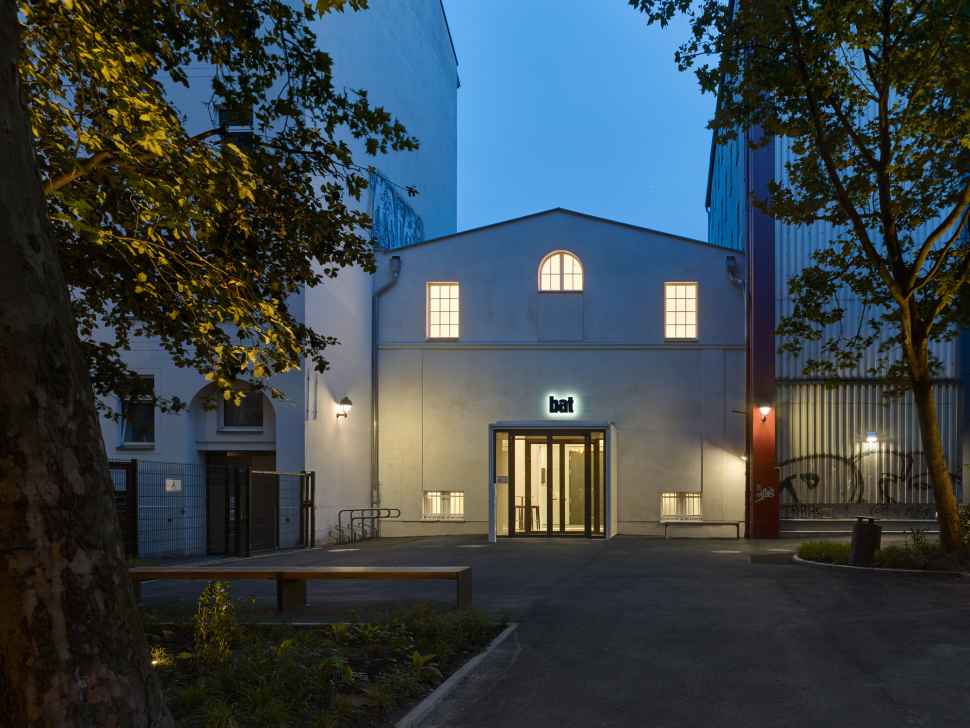 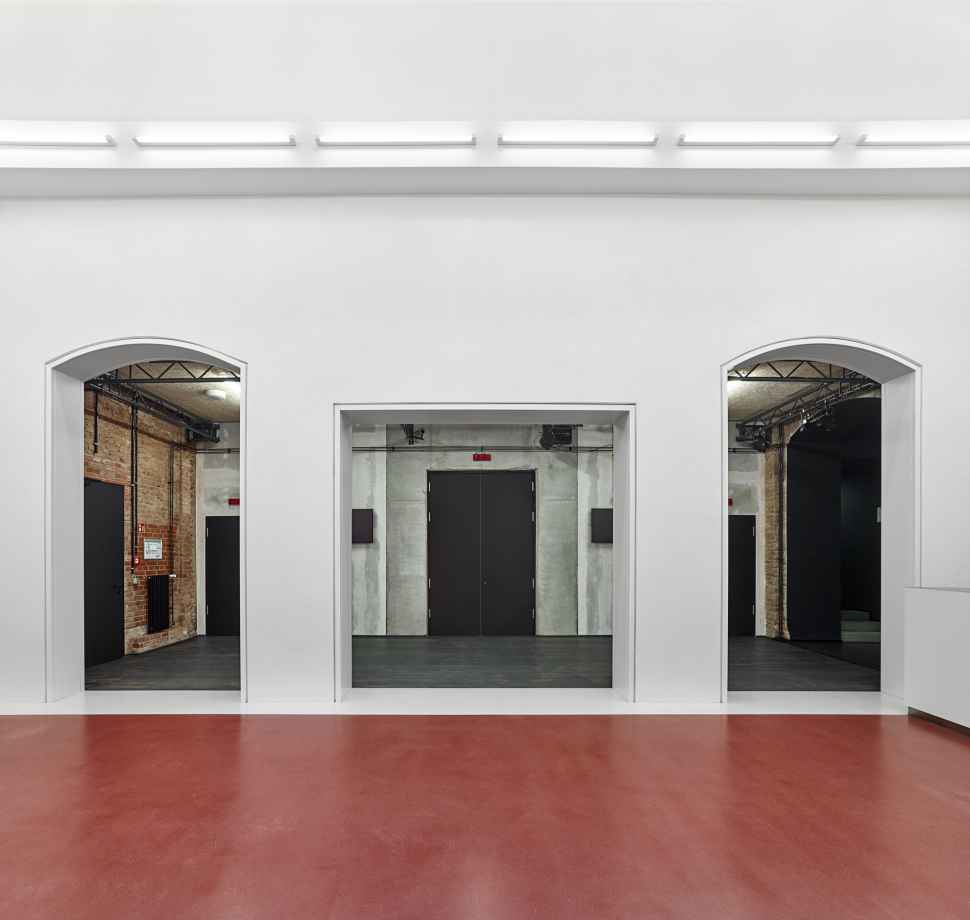 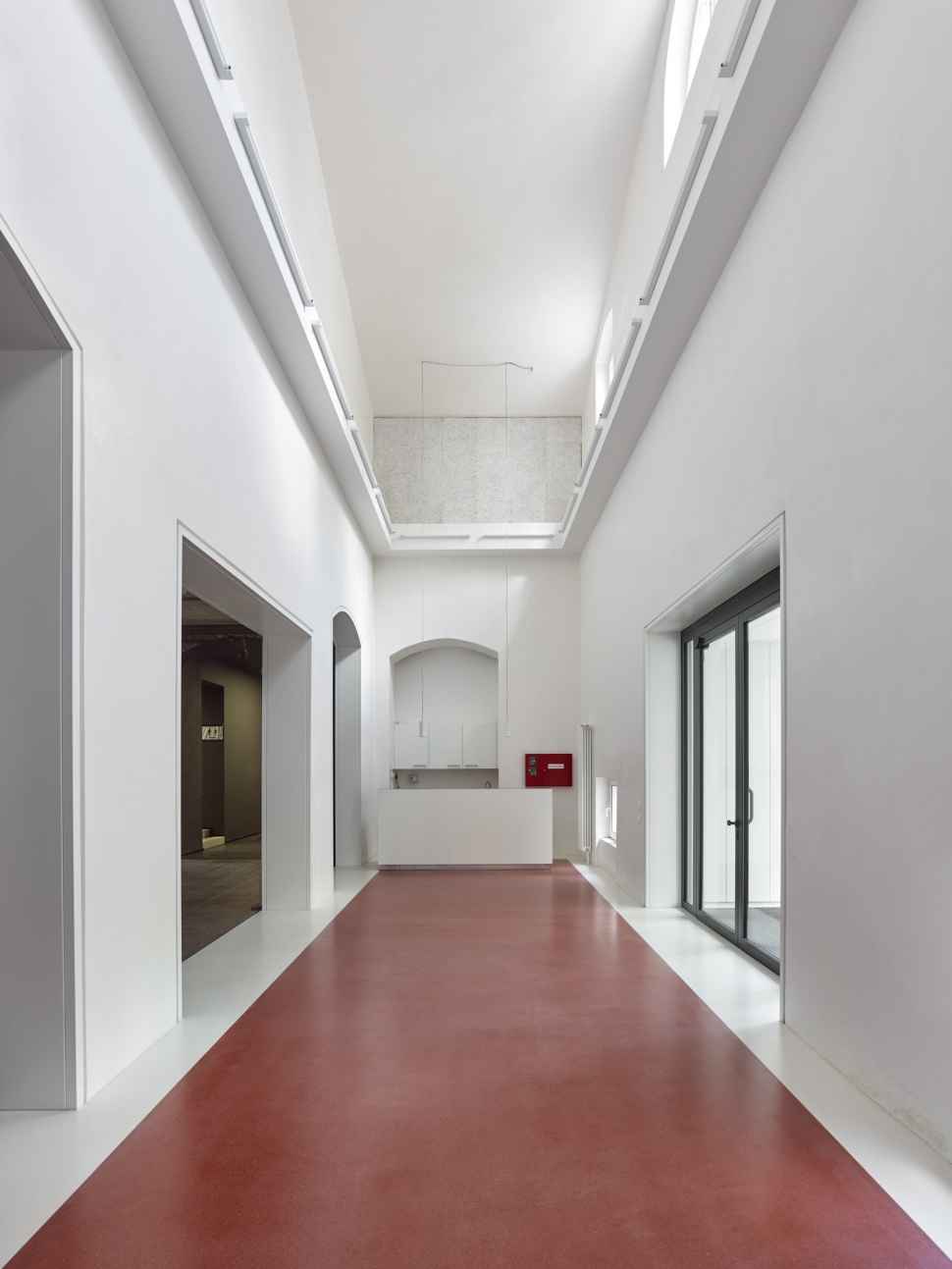 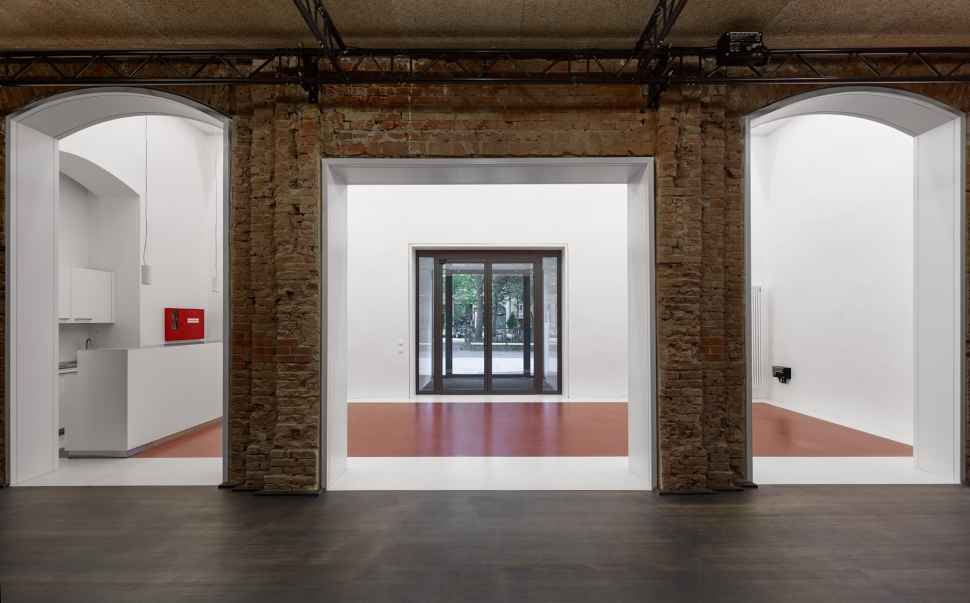 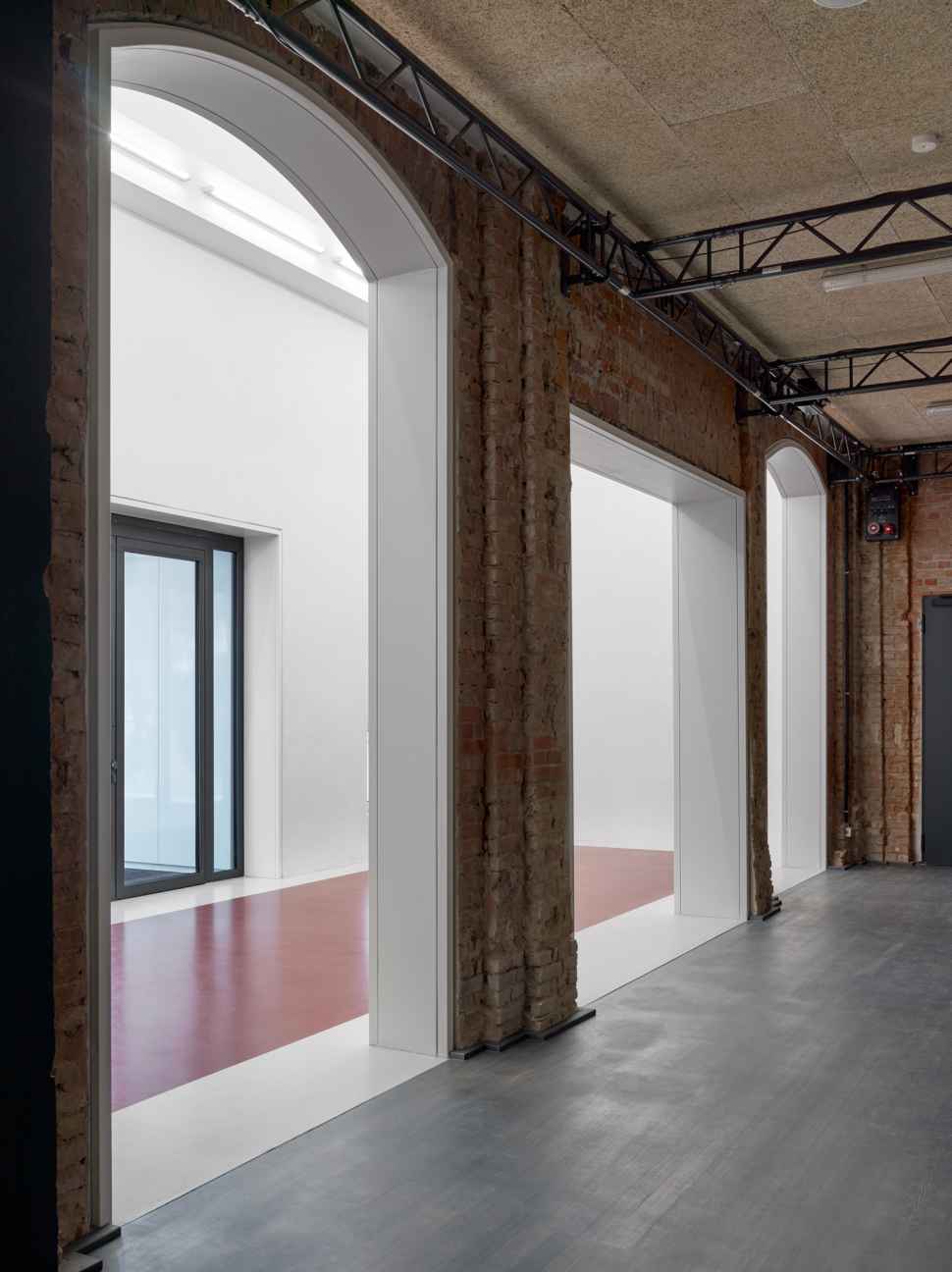 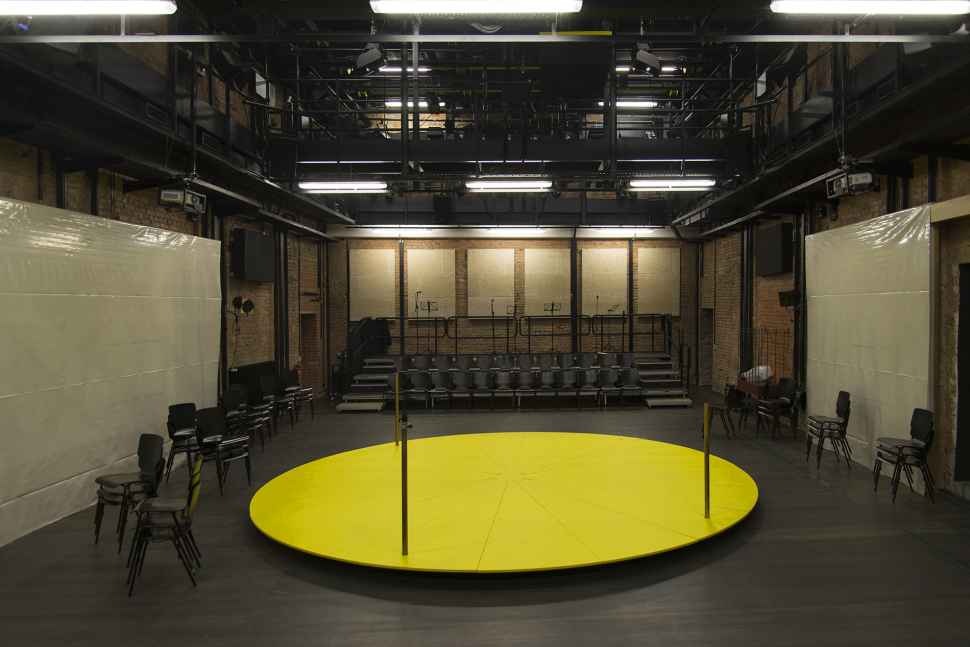 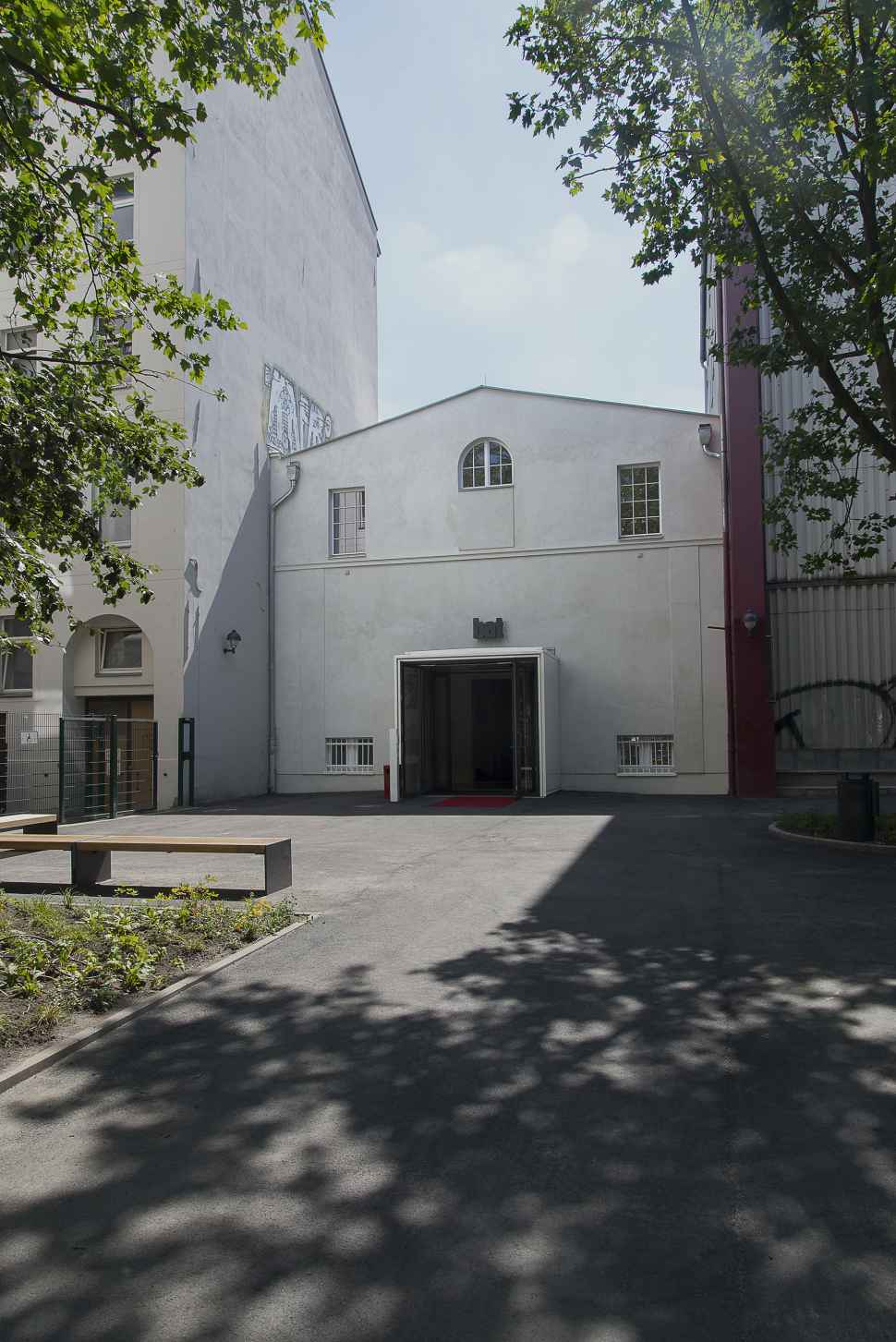 bat - BERLINER ARBEITERTHEATER 2017 – Today serving as the Ernst Busch Academy of Dramatic Arts studio theatre, the structure was built from 1887–1889 to be a dance hall, going on to serve as the ROXY cinema from 1913 to 1920. Bombing during World War II exposed the interior of the block structure, leading to today’s memorial ensemble. The founding of the Berlin Arbeiter- und Studententheater (Berlin Workers and Students Theatre), or bat for short, created the basis for today’s experimental cultural space in the early 1960s. Wolf Biermann and Brigitte Soubeyran wanted to open the theatre in 1963 with a premiere of Berliner Brautgang. However, the way the play addressed the building of the Berlin Wall aroused political displeasure, leading to the theatre’s closure even before the first performance. It was transferred to what is today the Ernst Busch Academy of Dramatic Arts and became a space for teaching and experimentation.
The rooms were long marked by the renovations of the 1960s. O&O Baukunst’s design creates more free space and flexibility by removing unnecessary boundaries. The new spatial sequence captures the theatre operations both functionally and spatially. A fresh entrance configuration and large foyer lend a fitting appearance to the reserved white surfaces and red screed of the stage area. The materiality of the second foyer creates a transition to the stage area, which is designed as a black box. The students can flexibly adapt the equipment, use the stage equipment on their own, and operate everything from the theatre room. Raw brick walls, freed from plaster, act as a robust playing field and backdrop for performances.